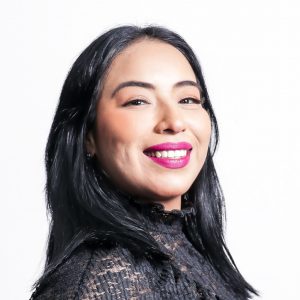 Outstanding soprano from Monterrey, her interpretative qualities and her voice, of beautiful lyrical timbre and great power, have positioned her as one of the most outstanding singers in the country, which have taken her to the most important venues such as the Palacio de Bellas Artes, Teatro Bicentenario, Teatro de la Ciudad de Monterrey, among others.

She studied at the Escuela Superior de Música y Danza de Monterrey, and later became a member of the Estudio de la Ópera de Bellas Artes (EOBA) in 2018, her vocal technique has been perfected with tenor Alfredo Portilla.

She has won multiple awards in national and international competitions, among which stand out the first prize in the III European Opera Competition Torino in the world in 2021; winner of the special mention and winner of the Mexico district in the 2019 and 2020 editions, respectively, of the National Council Auditions of the Metropolitan Opera House in New York; the third prize in the XXXVIII National Singing Competition Carlo Morelli; the second prize and the special prize Daniel Catán in the XIII San Miguel Competition.

He made his debut in the Mexican opera Misa de seis by Carlos Jiménez Mabarak, a production of the MOS Mexico Opera Studio, where he is currently part of the second generation since January 2021 and is preparing under the direction of Rennier Piñero and Alejandro Miyaki.