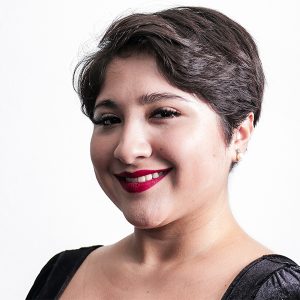 He has performed at the Palacio de Bellas Artes, the Teatro Ángela Peralta, the Auditorio San Pedro and the Biblioteca Nacional de Cataluña in Barcelona, and has participated in several opera productions, playing the roles of Romeo in Bellini's I Capuleti e I Montecchi, Suzuki in Puccini's Madama Butterfly, Hansel in Humperdinck's Hansel and Gretel, Berta in Rossini's Il Barbiere di Siviglia and Gianetta in G. Donizetti's L'elisir d'amore.

He participated as soloist with the Orquesta del Teatro Angela Peralta and the Orquesta Filarmónica del Desierto de Coahuila, under the baton of Enrique Patrón de Rueda and Natanael Espinoza.

He was part of the Mazatlan Opera Workshop, and is currently a member of the MOS Mexico Opera Studio, where he has formed the Atelier of Young Talents 2021 and the second generation 2021-2022, preparing with teachers Alejandro Miyaki and Rennier Piñero.